“Subordinate Demonstrative Science in the Sixth Book of Aristotle’s Physics”. The Classical Quarterly 22 (1972) 279-292.

All of the apparent discrepancies between the method used here and the one described in the Posterior Analytics are explained by regarding this book as a ’subordinate’ science.

A systematic study of the texts in which Lucretius seems to show psychoanalytic insight reveals that he did have a notion of unconscious motivation; and I also attempt to reconstruct its philosophical basis. This is a close study, useful in teaching because it proposes a specific, fairly radical idea which can stimulate thought and discussion.

Written for high school students, this paper states concisely what role I believe poetic expression played in relation to knowledge for Empedocles and his contemporaries.

Comparison with other sources for the Cybelean allegory reveals Lucretius’ Epicurean point of view. One of the other sources discussed here is Ovid, and this article is complemented by the following one.

Here I explore the tension between Augustan propaganda and Ovid’s more progressive values through a detailed literary appreciation of the dramatic movement and implied ironies of Ovid’s story.

The entire structure of Lucretius’ sixth book is based on leading the reader to philosophical detachment through a universal perspective on the natural cycle of coming to be and passing away. My view of the poetic perspective was inspired by Minadeo’s wonderful little book, but in my analysis it is integrated with an interpretation of Lucretius’ Epicurean instruction. This article is used for teaching because it discusses major Lucretian issues in a commentary that progresses sequentially through Book 6.

“Translating Strato: The role of translations in the Study of Ancient Sexuality and the Understanding of Classical Erotica” Mouseion, Series III vol. 5 (2005) 47-57

Daryl Hine has attempted an uncensored translation of Strato with erotic content, allusions, and humour to which modern readers can relate. But comparison of his translation and others reveals unavoidable distortion of important evidence offered by Strato regarding sensitive issues in the study of ancient sexuality. To encourage experimentation with innovative translation techniques which may better serve the complex needs of readers and researchers, I present a model combining free adaptation with a rigorous translator’s commentary. This paper raises interesting questions regarding Greek homosexuality, and at the same time sensitizes the reader to the linguistic and cultural relativity of this subject.

Latin American Spanish exhibits a rich variety of idiomatic expressions which vary according to regional usage and the whims of fashion; e.g., ‘pesca milagrosa’ (’miraculous fishing’), coined by Colombian guerrillas for their ’sport’ of abducting civilians for ransom. This article discusses several examples, and proposes that translators should establish an updatable electronic data bank instead of relying of dictionaries for such expressions.

"Authenticity of the Lucianic Erotes":
This paper argues for the authenticity of the work by Lucian. It is published in the Spring 2011 issue of Helios. You can also read it here.
“Lucian’s Triumphant cinaedus and Rogue Lovers”, Helios 36, 1 (2009) 55-65:

This paper examines two neglected texts of Lucian which illustrate his relevance for our understanding of ancient social values relating to sex, and the relevance of ancient sexual conventions for interpreting his own work. In Dialogues of the Dead 19 (numbered as in the Loeb edition), Lucian, following Cynic values, reveals a more tolerant attitude towards pathic sexuality than most sources, by eliciting unconventional admiration for a cinaedus who outwits his legacy hunters. And a study of Alexander the False Prophet 5 in view of conventional Greek expectations regarding pederasty casts new light on the interpretation of that controversial work. Read it here. 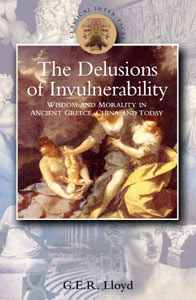 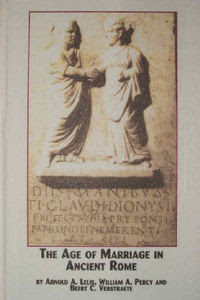 
My review of Adam Bartley, A Lucian for Our Times, is published in Bryn Mawr Classical Reviews. To read it, click here.